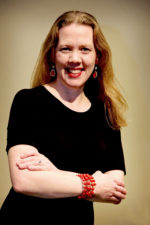 When the call came about a new singing group in the works, Alisa Manning knew something special was in the works. Over the years, both good friendships and good music have filled her heart.
Raised in rural New York State, music was present in all aspects of her upbringing. Alisa began singing in her church’s children’s choir at a young age, listening to classical music on the radio with her parents, and attending concerts at the local college. Alisa was a “music geek” in high school and was a member of the Boston University Choral Society after she moved to the big city. Although she sang with several groups after graduating, she has found a musical home with NOTA.
With busy days as a diabetes genetics researcher and busy nights as a mom of two, singing with the NOTA gang provides a welcome and timeless respite to life’s craziness.

Ellen is a musician—conductor, mezzo-soprano, pianist and composer—and liturgist based in the Boston area. IShe founded and directed the KAIROS Vocal Ensemble, the Boston Womens Rainbow Chorus, and Three Rivers Chorus. She has worked as director of music and worship minister in a wide variety of churches; released five CDs of her compositions and performances; and sung professionally as a cantor and recitalist, and with A Joyful Noise, the Labyrinth Choir, and Cappella Clausura and now: None of the Above! 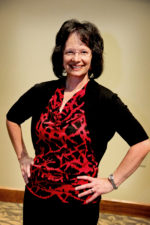 Deb’s love of a cappella started in college singing with UNH’s New Hampshire Notables. After college it was a series of forays into bands, barbershop groups and musical theater performances trying to find the right musical fit. Where could she combine her desire to join her voice with others in a series of complex harmonies and yet occasionally get to ham it up on stage? How could she balance the schedules of work and family and music? This all felt into place when she landed in None of the Above in the fall of 2003. It’s been a wonderful (almost 2 decades) of singing and performing since then. Deb is always on the hunt for new arrangements and interesting venues to sing in.

Wende learned to read music before she learned to read words as a kid and has been a lifelong musician. Over the years, she has sung with many choirs in the area and appeared in dozens of community theater productions. Additionally, Wende has served as director/conductor for The Middlesex Singers, choir director for Voices of Hope, and worked as a voice teacher for over 30 years. Having followed None of the Above for years online, she is thrilled to be a member and have the opportunity to sing with some old friends.

Peter started making music thanks to a pair of accordions his grandmother brought back from a trip to Russia in the 70’s, and an obsessive need to learn to play “The Wreck of the Edmund Fitzgerald” on them.
After ill fated attempts at other, more sensible courses of study, he attended UMass Lowell for Sound Recording Technology/Music. He entered as a guitarist who played nothing but Led Zeppelin and Black Sabbath – in other words, like every other Sound Recording Major. By the time he left UML, he was playing tap-style, Michael Hedges and Michael Andrew Frank influenced ambidextrous tap style guitar.
In between, as one of the rare few to have been granted the gift (puberty wanted nothing to do with my vocal cords… so, tenor), he was asked (begged) to join the UML Renaissance choir Consortium Artiste Musicale (CAM).
At the first rehearsal of his singing life, he was so moved by a reading of Monteverdi’s Dunque Amate Reliquie that he has rarely stopped singing since. (Even today, 30 years later, I can tell you the exact seat I was sitting in for that defining experience). St. Anne’s choir in Lowell under the direction of Dr. John Ogasapian, dozens of community musical theater productions, The Middlesex Singers… and now humbled and honored to join NOTA.
A fire breathing and fire flow arts teacher and performer, NOTA is just the kind of crazy group of individuals that keeps Peter’s life different, interesting, vibrant, and intellectually challenging. 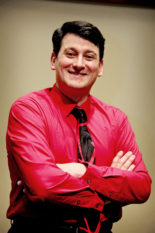 Tony knew when he joined NOTA in 2008 that this could be the start of something big.  It was an easy decision for this kid from Red Bank (carpe diem, tempus fugit); so he covered-up your tattoo, cancelled the outbound plane for his 40 days and 40 nights safari to Africa, said “I’m going home,” and settled into this harbor for his musical expression.  “I’ve often thought of tribulations of my heroes like MLK, Ilyach Kavanevsky and Boo Radley, but my silver lining is that I don’t miss trouble or misery at all,” he would exclaim, “I can keep singing those beautiful words and choo-choo ch’boogie-ing along!”

Tony started off his musical life playing piano, guitar and any wind instrument he could get his hands on. In high school, he played in countless groups (big bands, rock bands, Dixieland combos, all-state and regional orchestra and jazz bands) primarily on oboe, clarinet, and piano. He has been singing since elementary school and started his a cappella journey at Yale, first in Yale’s Out of the Blue, and then the Whiffenpoofs of 1995. Together with his favorite duet partner (his wife, Rachel) he leads the music at the childrens’ service every Sunday at St. Peters church in Worcester, MA.  He is a prolific arranger and witty lyricist – 18 titles of his compositions and vocal arrangements are hidden in the previous paragraph.  Can you find them all? 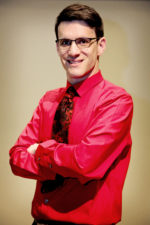 Matt started making music at 7 when he took up the piano, and he began singing not long after. He first sang a cappella in his high school’s select chorus and continued in college as a bass in Redhot & Blue, Yale’s first mixed a cappella group. During a one-year stint singing bass with Mizmor Shir (Harvard Hillel’s former singing group) after college, Matt arranged a version of the folk song “Cuando El Rey Nimrod” that eventually ended up anthologized on “The Best of Jewish A Cappella, Vol. 2”. Throughout his post-college days (years?!), Matt has played accordion with a klezmer band, music-directed several summer stock and community theater productions, and sung a lot to/with his wife Sarah and their three children. He has missed singing in a group, however, and he’s excited to have this opportunity to do so again.

Jeff always knew that music was going to be a part of his life, going all the way back to Mrs. Hall’s music class in the second grade. From college forward Jeff has sung in multiple groups from large to small, focusing on varying styles of music with each one. Over the years Jeff auditioned for new groups when his interest in one vocal style waned & another caught his attention. When his last barbershop quartet ended in late 2005, he heard about a small local group that was looking for a “bass with a low E-flat”. More importantly, this group sang not just one but multiple styles of music, so he jumped at the chance to audition! With such an eclectic mix of music to keep his interest, Jeff originally sang with None of the Above for eleven amazing years! He took a break from singing for a few years but continued to watch as NOTA brought new faces into the group and exciting music into the repertoire. He became NOTA’s “Biggest Groupie” by showing up to as many of their performances that he could, singing along (from the audience, of course

), taking pictures, providing feedback and applause. But after five years of just singing in the shower, Jeff really wanted to get back to singing in a group. Now he’s super excited to be singing with the NOTA family again!